When it’s that quiet on the water everything you say glides quickly across the surface. Sometimes it comes back. You can hear every small splash, every swoosh your hand makes in the water, and occasionally individual drops. You naturally reduce your voice in a reflexive response to the quiet. It makes everything seem just that much more still.

Elizabeth and Dustin’s September engagement session was the kind I wish I could do every day. But with both of them stationed outside Kentucky, I was only able to talk to them on the phone beforehand. Having never met them, I wasn’t quite sure what to expect. Elizabeth had only a few requests once we decided to do their session at Lake Cumberland.

She wanted a lot of candid shots.

She wanted to get photos of them in uniform.

And she wanted to get in the water.

This was all music to my ears and I already knew it was going to be a ton of fun.

I met them at Haney’s Appledale Farm, an orchard known for their fried pies. Seriously, while I was waiting for Elizabeth and Dustin, a car pulled up and a group of women jumped out only to be incredibly disappointed that Haney’s had already closed and they weren’t able to get their hands on one of the fried pies.

(Note to self, go back and get a fried pie)

When they arrived we started in the orchard in their respective camos (she’s Army and he’s Navy) and then changed into his summer whites and a playful blush dress.

Here’s the thing I love about Dustin and Elizabeth, they are both a spectacular combination of fierce and funny. They are both total badasses and I could spend the rest of the blog bragging about them, but they also both balance that out with this wonderful light-hearted, joking nature that made this session extra awesome.

Not that they needed any help with this, but part of getting great candid photos is providing prompts that bring out natural reactions and encourage joking around. I sometimes ask them to tell me a funny story about early in their relationship. She told me about how she had to wake up earlier than he did when they were both in Lexington and so she would often cook him breakfast. One day he was raving about how awesome the biscuits and gravy were that morning… but she finally confessed that she had run out of recipes, gone to Magee’s, brought them home and put them on a plate. She had to come clean knowing that she wouldn’t be able to replicate the dish again. I love this so much!

We headed back to the car to drive down to the lake and received no shortage of honks from cars driving by. I mean, they looked phenomenal and very out of place on the country road so I’m hoping they brightened a few days!

While they changed into their final outfits (countdown to water!) I worked on some shots of her ring. Elizabeth laughed and said that would make Dustin happy, that he’s super proud of it.

If not for the wild group of children splashing in the water, the lake would have been quite peaceful. But, kids will be kids, especially without adult supervision, and they enjoyed shouting at Elizabeth and Dustin to tone down the PDA. We got some laughs out of it and then moved along the beach to get in the water.

The lake was calm and surprisingly warm. Warmer than the air temperature.

The mud made it too sticky for me to wear my flip flops so I had to ditch them and trust I wasn’t going to step on anything that didn’t want to be stepped on. We started with just feet, and then before I knew it we were all up to our waists. It was after sunset and the parents had shown up and taken the kids away so suddenly everything seemed really calm. Compared to the chaos of two other outfits and driving to a different location and being shouted at by a pack of wild children, everything was really serene.

We stayed in the water like that for a while, soaking in the moment with occasional clicks of the shutter and a few laughs and splashes mixed in for good measure. It was probably my favorite end to an engagement session to date, not just because it made for some of my favorite images ever, but because for just a few minutes life was pretty dang peaceful.

And we could all use a little more of that. 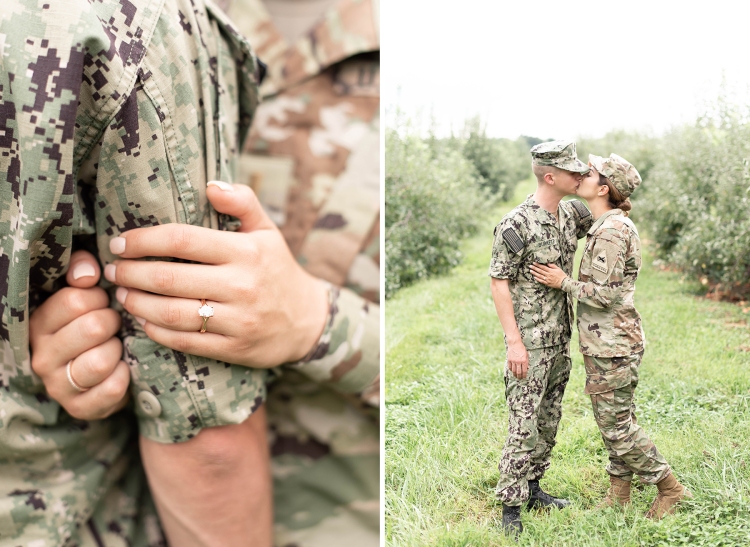 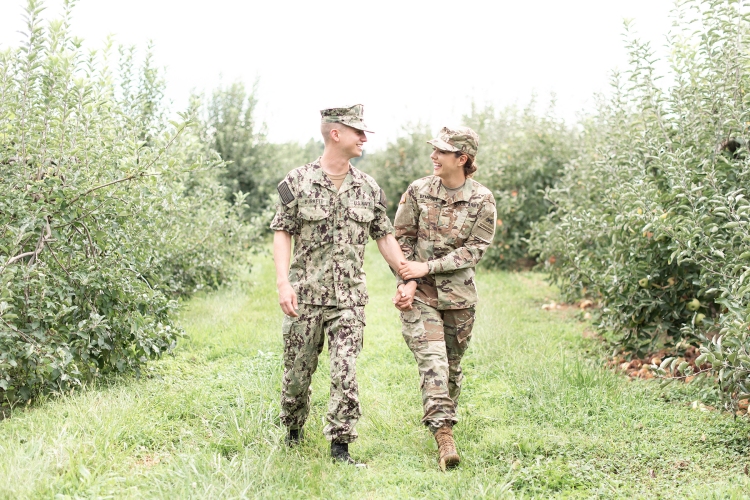 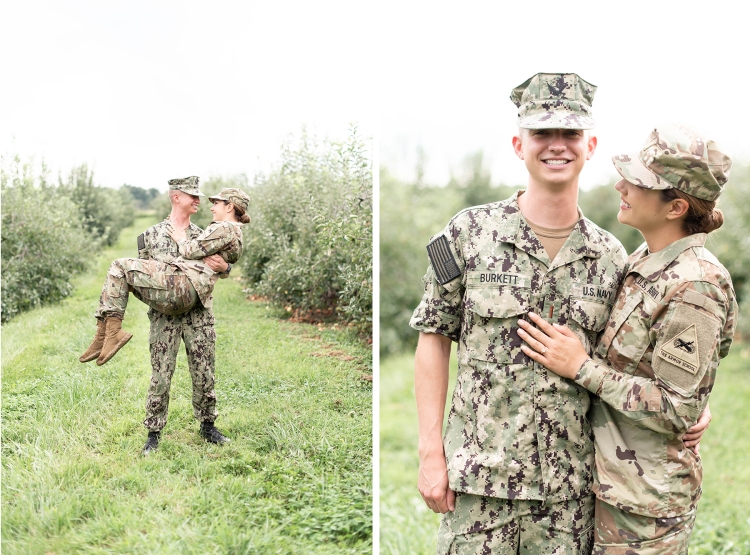 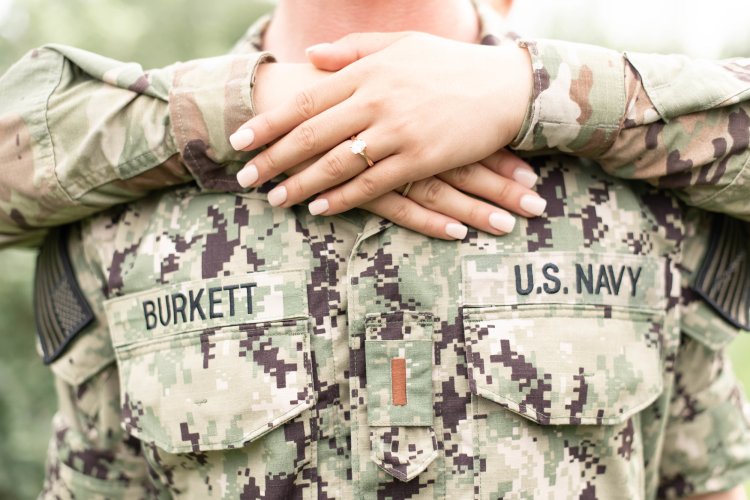 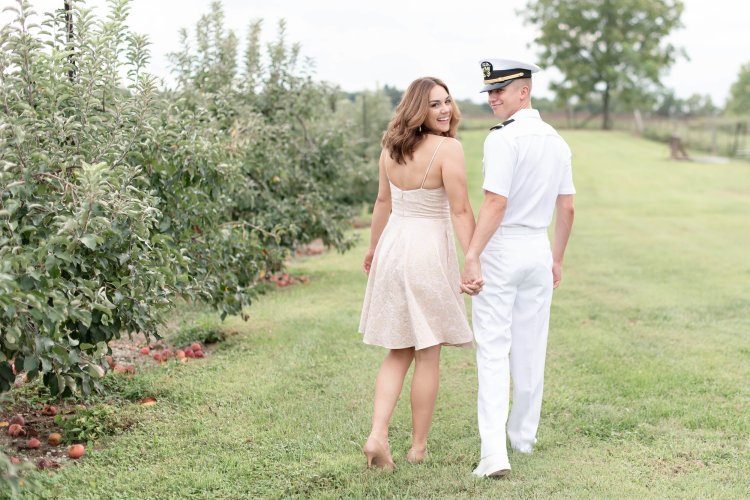 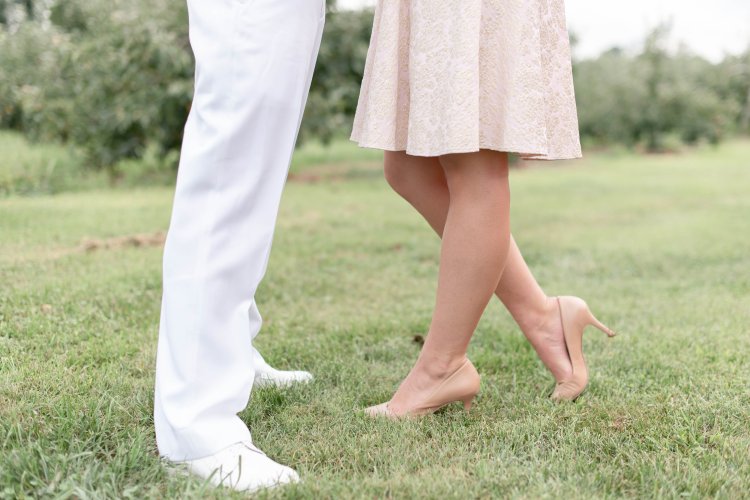 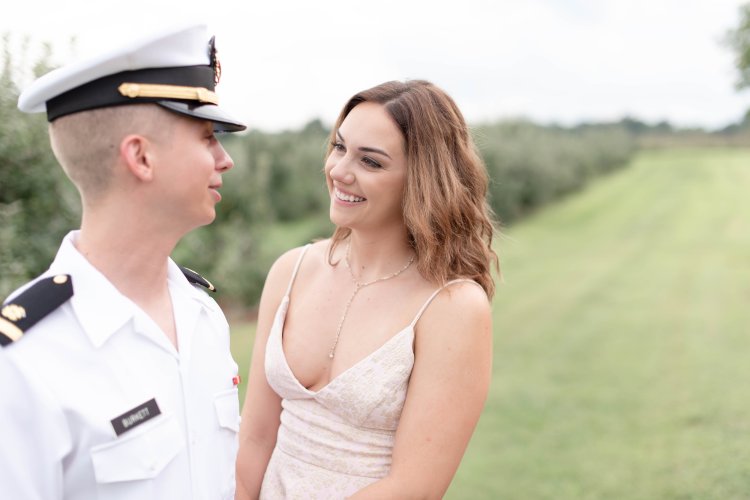 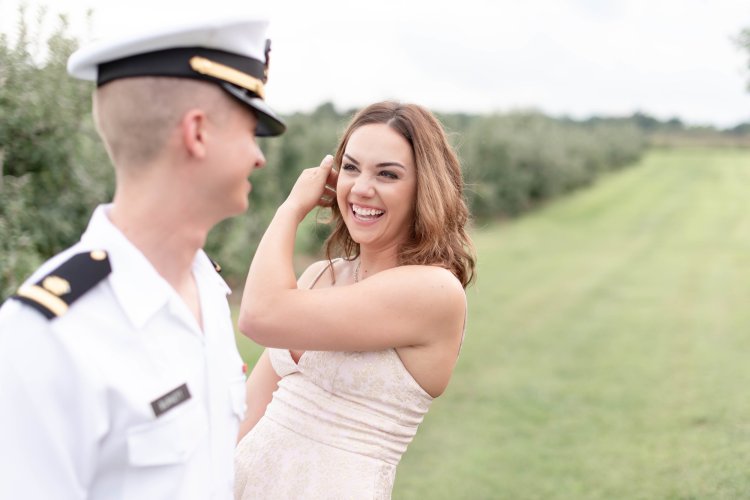 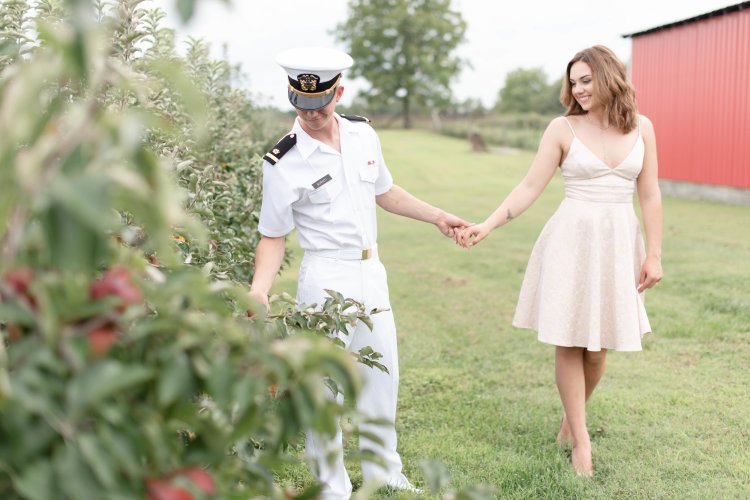 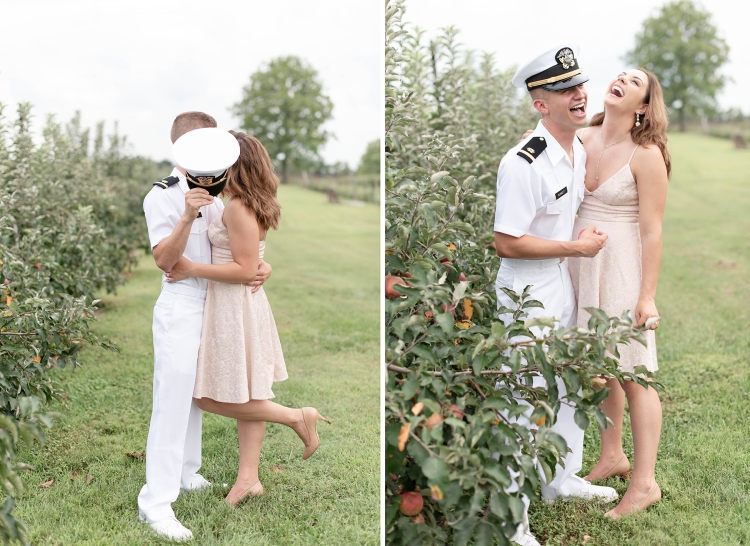 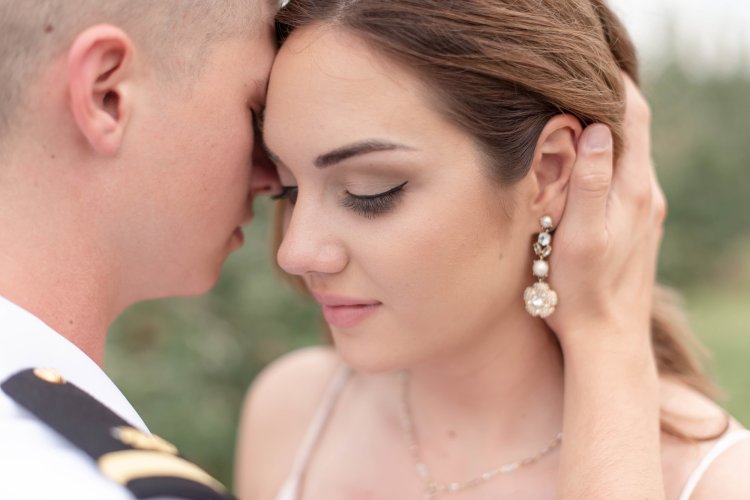 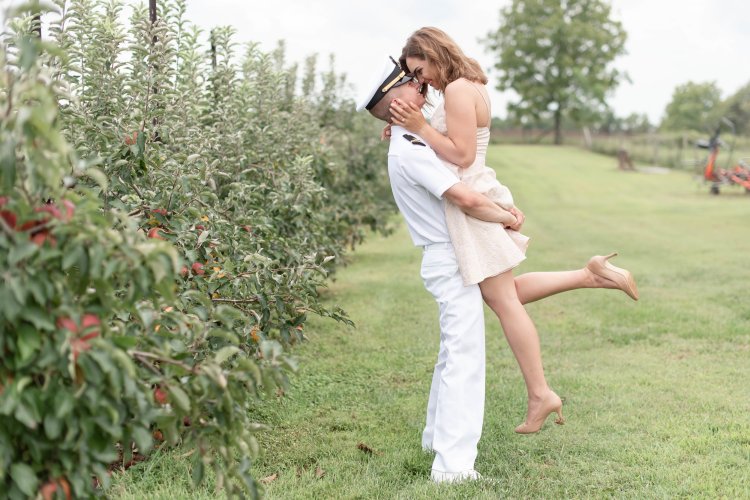 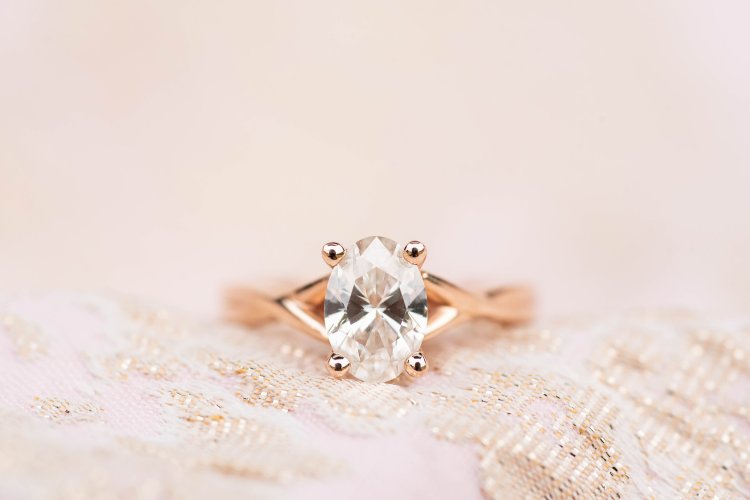 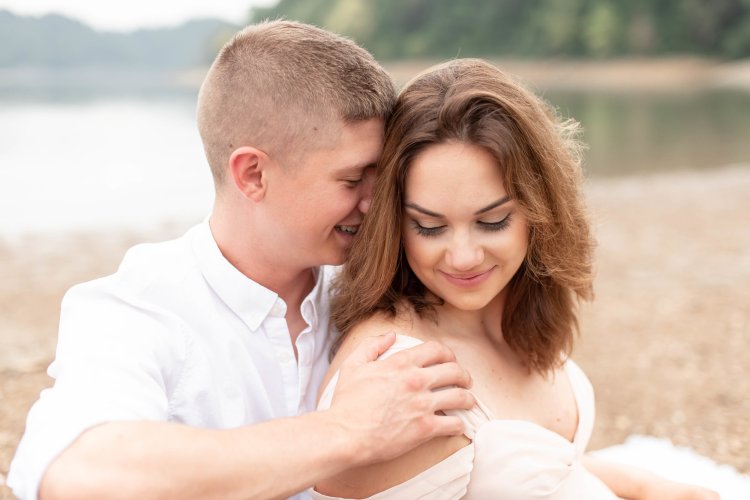 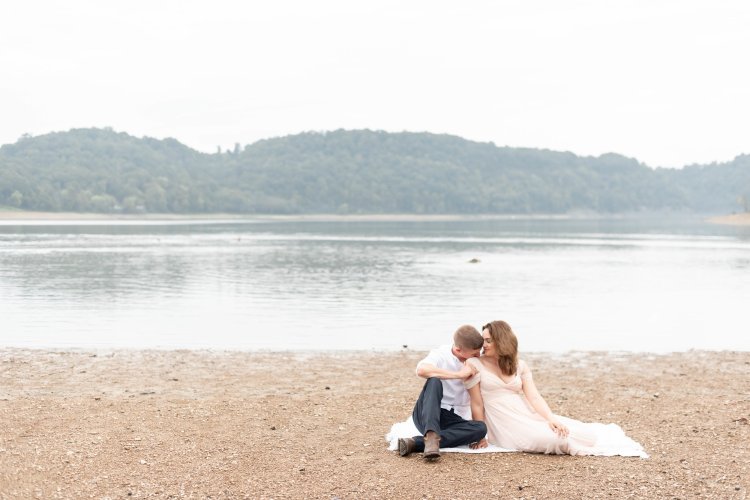 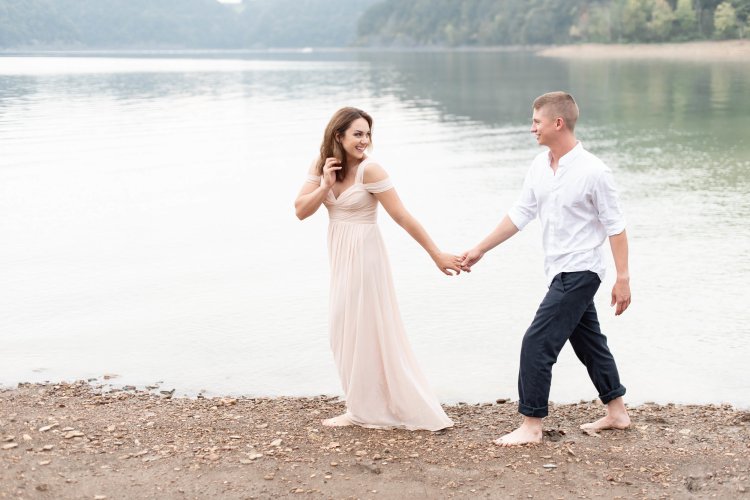 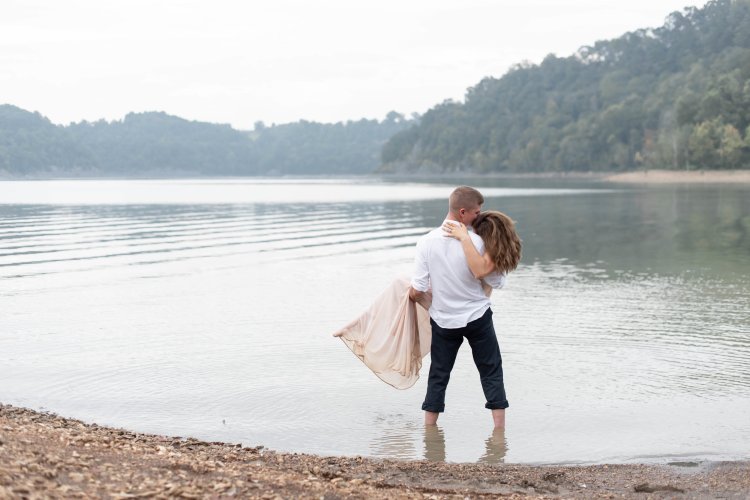 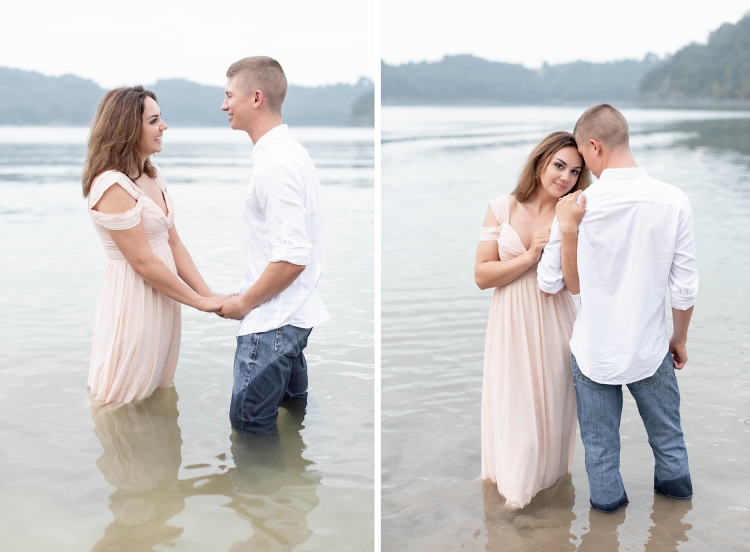 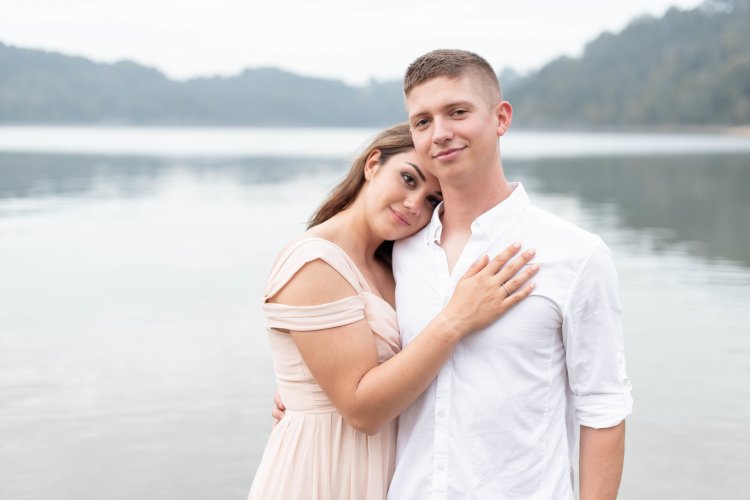 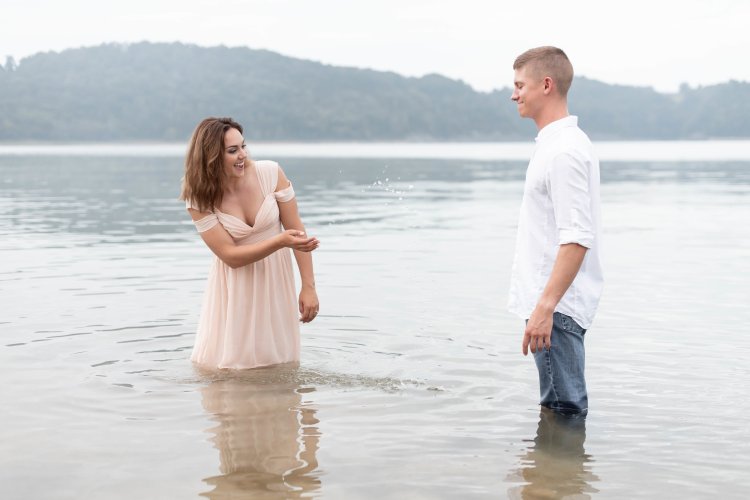 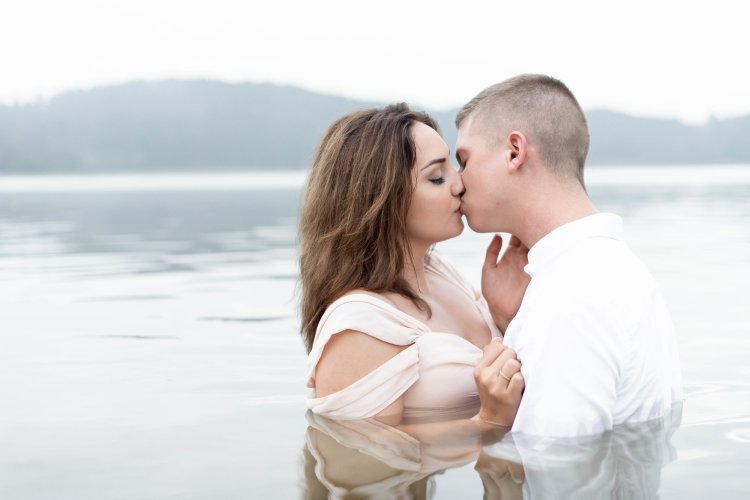 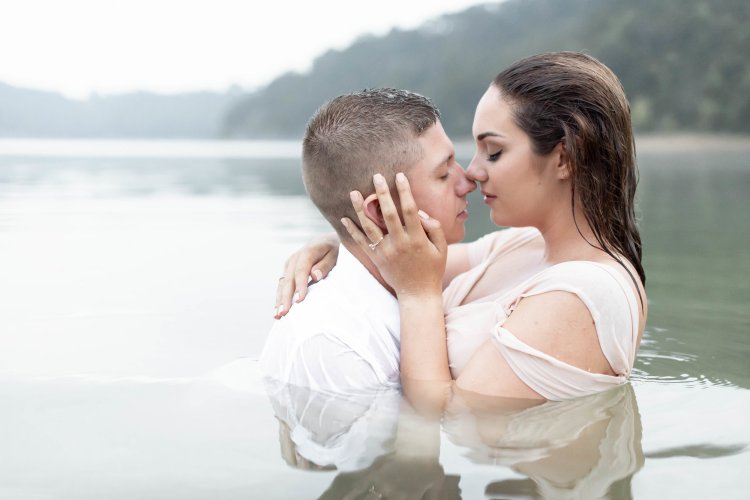 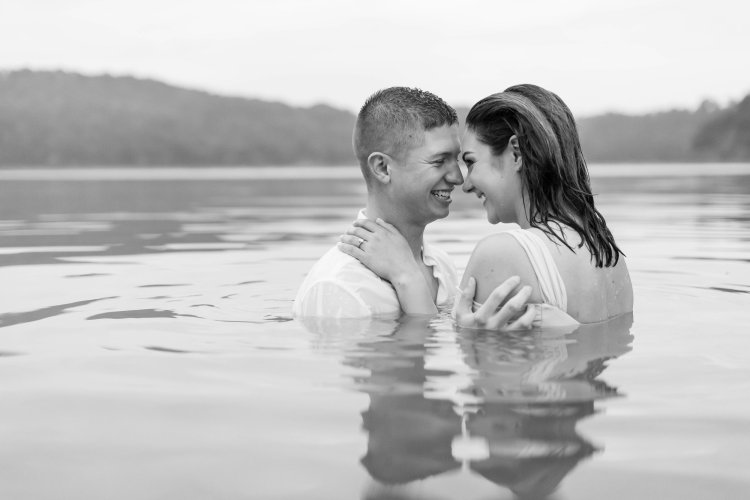